We Have Come To Testify 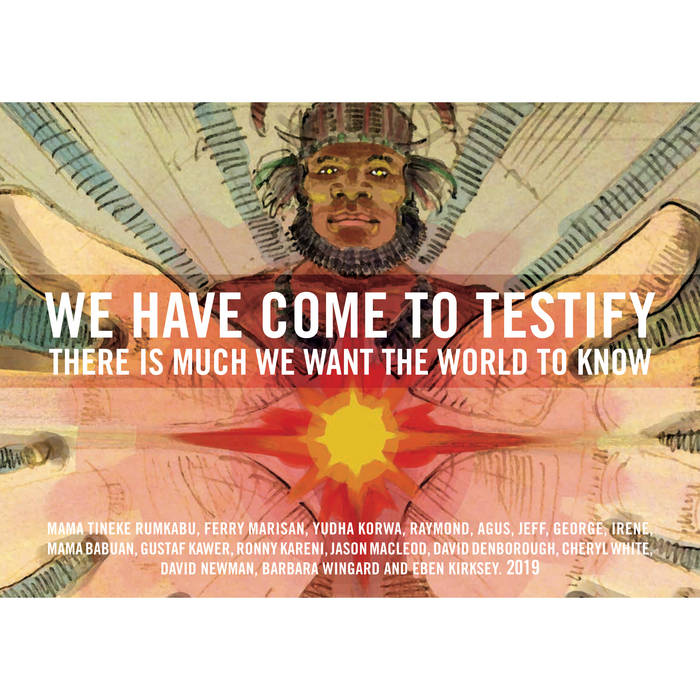 This project encompasses a music/documentary recording and an illustrated book which tells the stories from the survivors and witnesses of the 1998 Byak Massacre in West Papua.

In July 1998, when unarmed West Papuans protested for the independence of their nations, they were tortured and killed by Indonesian security forces. Many more were detained and continued to be tortured in custody after the event.

The perpetrators of this violence were never held to account and in 2013 a Citizens Tribunal was held to hear the stories and testimonies from the survivors and witnesses of this horrific event.

The project aims to give voice to these stories and share the events and plight of the West Papuan people with a wider audience.

With the recent and premature passing of Ferry Marisan, a West Papuan civil rights activist and musician (who contributed heavily to this project), and investigator into the human rights abuses in his homeland of Byak, we embrace this release as a legacy to his life dedicated to a free West Papua.

Wantok Musik aims to generate and foster various cultural exchanges between Australia and our neighbours throughout Oceania by establishing a leading, not-for-profit Music Label representing Indigenous and world music groups of this unique region.

Bandcamp Daily  your guide to the world of Bandcamp